Two for the price of one–Part two

And since we’re on the topic of plastic kits, here’s the last build of 2017. This little fighter is another favorite of mine, mostly because of the way it looks. I dare you to guess what airplane it is and who made it!

Didn’t figure it out? Neither would I before building this kit – it’s a Doflug 3802, a Swiss construction built in the middle of World War II. Every time I look at it, I think that if P51 and Me-109 had a bastard love child, it would look like this!

Of course, just as in pretty much every build, there were some unexpected chalenges with this one. In this particular case, the source of the problem was… primer I used for undercoating the kit. Having run out of my usual Vallejo Grey, I grabbed a can of cheap grey primer I once bought in a local DIY store. Big mistake! The paint job for this kit required a lot of masking. When I reached the step where the tape was to be removed, the paint followed! I admit, there was a lot of swearing and a tear or two, because I was really pleased with how the paint job turned out. I had no choice but to try to save what I could with a hairy stick – end result is far from as nice as just before the ‘disaster’, but I guess it’s the price for learning a valuable lesson (Don’t cut corners when it comes to materials!). 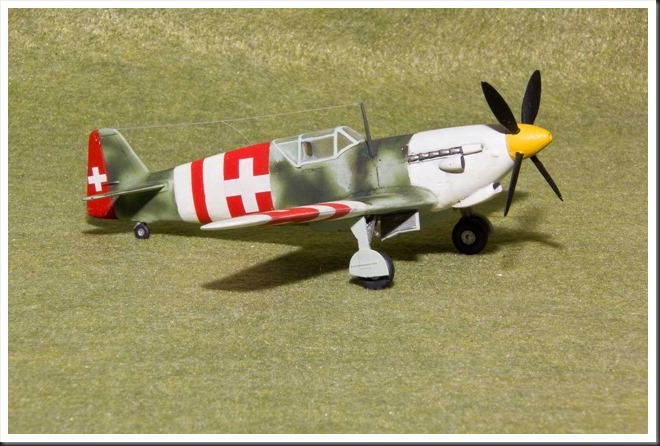 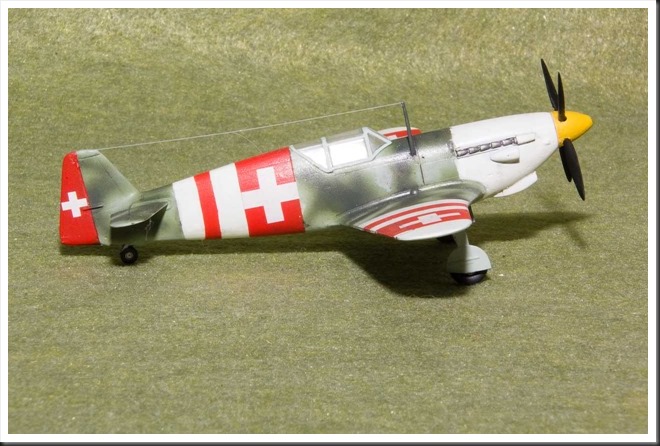 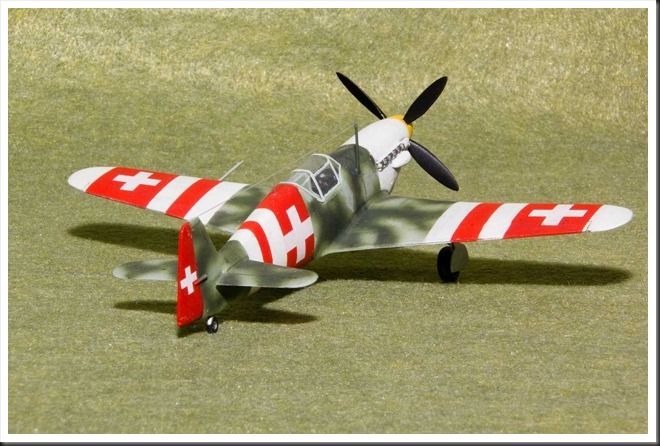 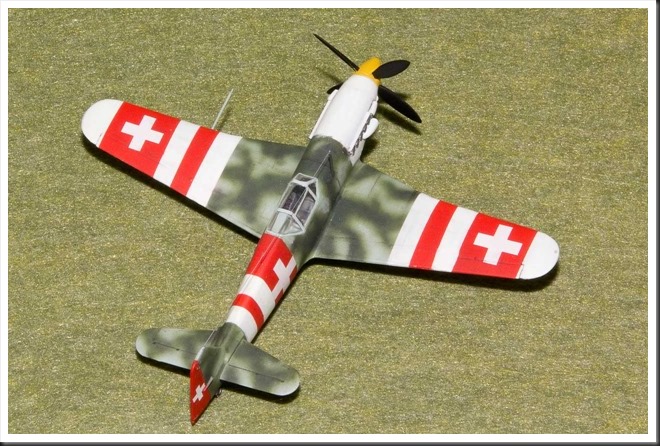 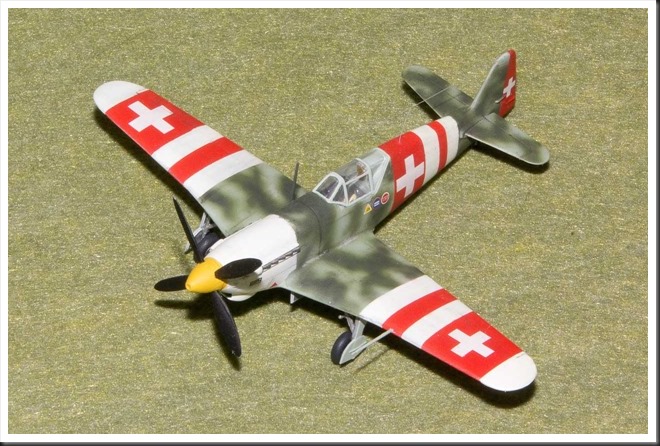 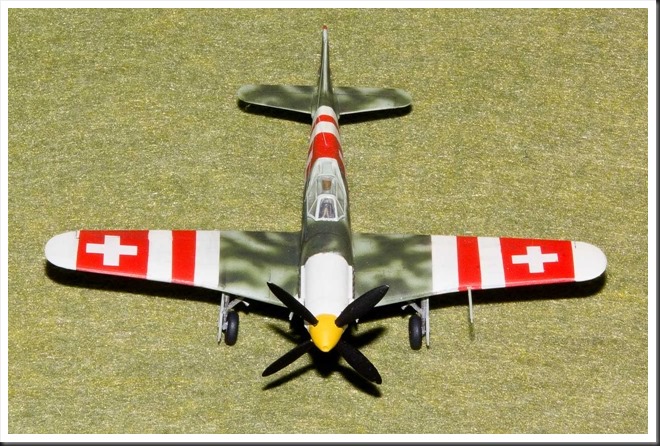 Two for price of one–Part One

It is safe to say that 2018 has so far been pretty uneventful for me in wargaming department. But that is nothing when compared to my complete and utter letargy in regard of that other hobby of mine – scale modelling. But, as so often is the case, after months of complete inactivity (or even worse, absolute lack of interest!), suddenly something happened and I just had to build something.

And after just a couple of weeks (very fast for me), here it is – a shiny new 1/72 Lockheed Vega from MPM. For some reason, I absolutely love this little airplane, even though it wasn’t as easy to put together as one could think. Being a short run kit, it demands a bit of attention and 100 percent correct allignment of wings and undercarriage… was impossible for me.

Major challenge with this kit was created by yours truely. For probably the very last time I decided to mask side windows with latex masking fluid – a decision which nearly ended up in me scratching the entire kit. Once I reached to the final step of removing the masks, it turned out that the latex not only turned into hard shell, but it also seeped into the tiny space between the windows and fuselage, making it impossible to remove it completely. The only thing to do was to detach the wing, knock out the windows, clean, polish and reattach them. And since misery likes company, carpet monsters stole one of the windows and refused to give it back! So one of the window panels had to be made from scratch. The kit took me maybe six hours in total, additional work on windows doubled building time!

There is something very ‘art deco’ with this blue-yellow paint scheme and I just loved how the model looked after I gloss-varninshed it. So much so that I decided to leave it in this state and refrained from doing any weathering. 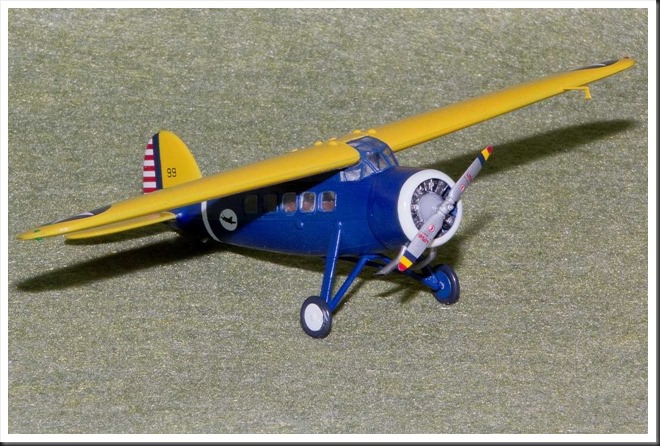 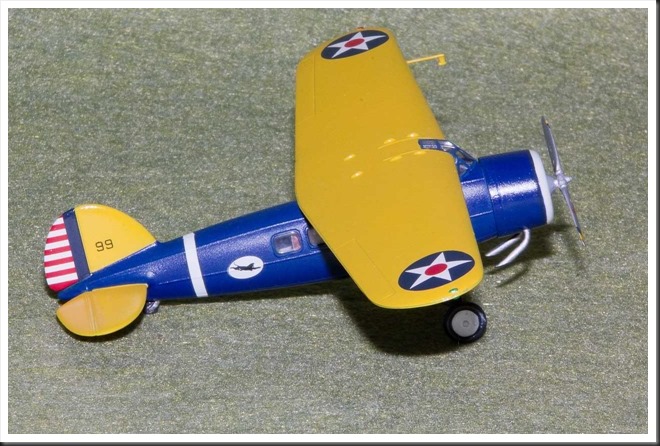 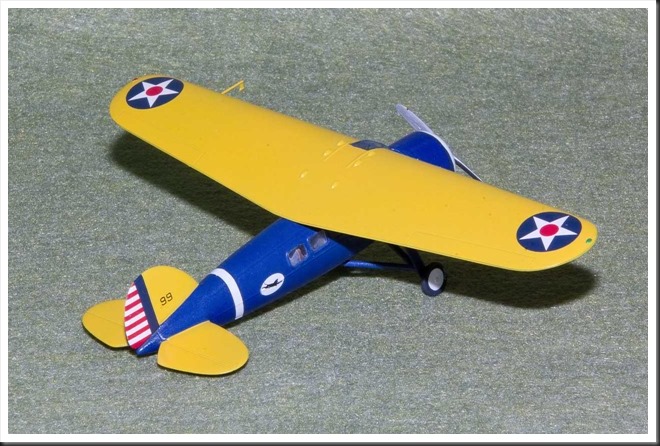 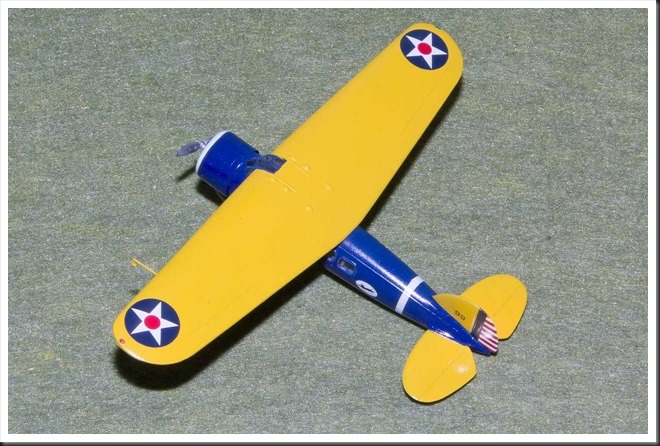 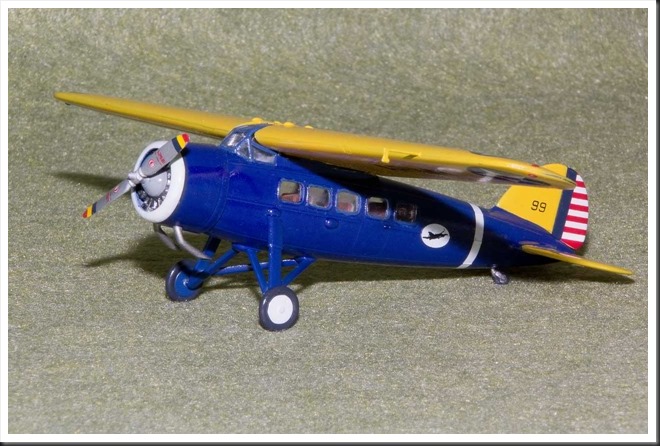 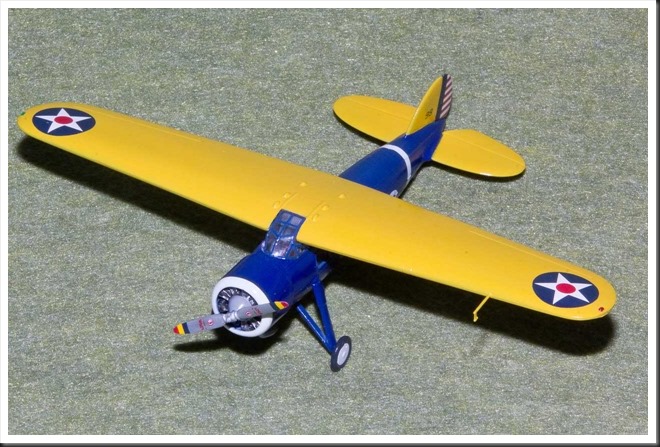