I once read that the best way to avoid the ‘oh look, shiny”-syndrome is to concentrate at least for a couple of years on a single game system and period. If one is to draw any conclusions from my personal ‘rat race’ with multitude of projects that seemingly never come to a fruition, it does sound like very good advice.

And proof is in the pudding! Couple of weeks ago I had a chance to participate in a Western skirmish game arranged by T., one of my closest wargaming buddies. He has has been working on and off on his Western town for a couple of decades and over last few years it has been his main project. It certainly shows, his setup is exceptionally nice. All buildings and terrain features are built from scratch and more and more of his buildings have ‘playable’ interior.

The game itself? This time around we used a ruleset from Knuckleduster Miniatures (I think) called ‘Desperado’. T. run the game with basic rules and some home rules bolted on. A lot of shooting, a lot of wounds, few fatalities and a lot of banter and laughter – what else would one want from a wargame? In the end all the bad guys were on the ground, filled with copious ammounts of led, but they did manage to give as well as they took before going down in a blaze of glory. 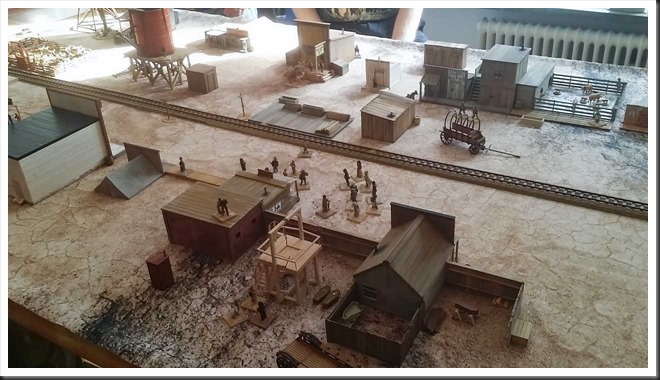 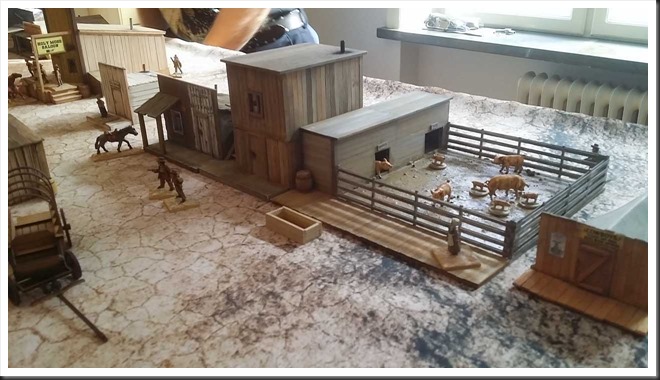 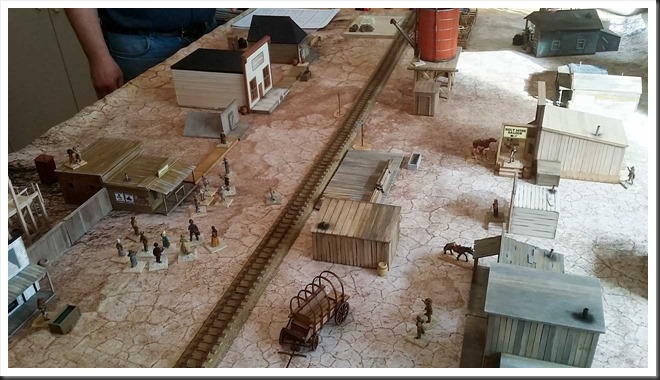 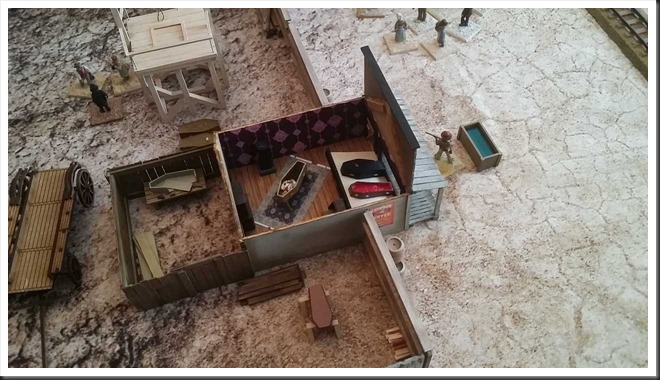 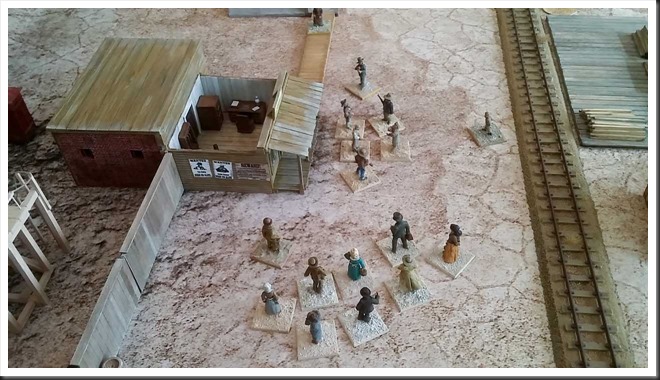 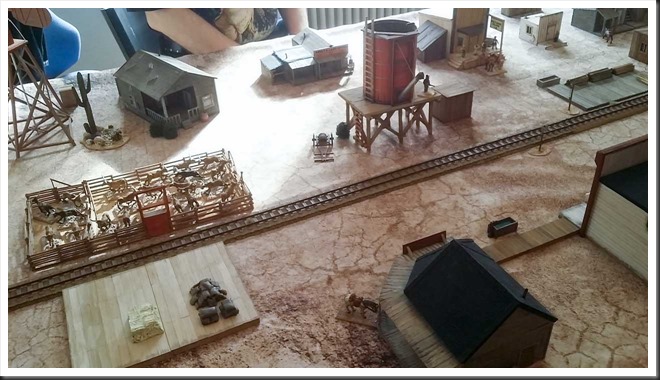 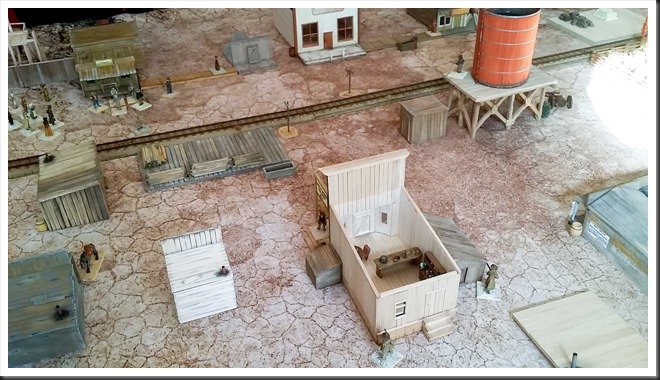 This time around, it’s a mix of miniatures from West Wind Productions and Footsore Miniatures. As can be seen in the pictures, it is quite impossible to distinguish which figure comes from what company, the two ranges mesh together perfectly both bulk- and height-wise. At the same time I have to admit that I do prefered to work with miniatures from Footsore, simply because the sculpts from that company are absolute blast to paint. Sculptor’s attention to small details and choice of poses make painting them a lot of fun. Having said that, I must add that the grand total of sixteen exchangable heads available for West Wind’s Early Saxon range was very appreciated. I strongly recommend getting the extra sets of heads if you’re buying Early Saxons from West Wind Producers.

Next up, the final batch of Saxons; another group of heavies (this time around from Gripping Beast), leaders and archers. With the pace I’ve been holdning over last couple of months I should be done with them some time around Christmas! 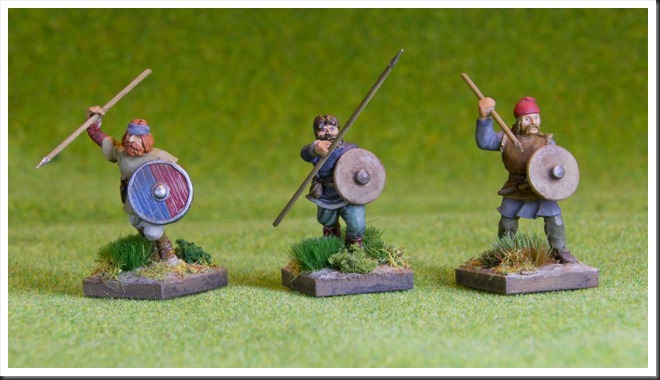 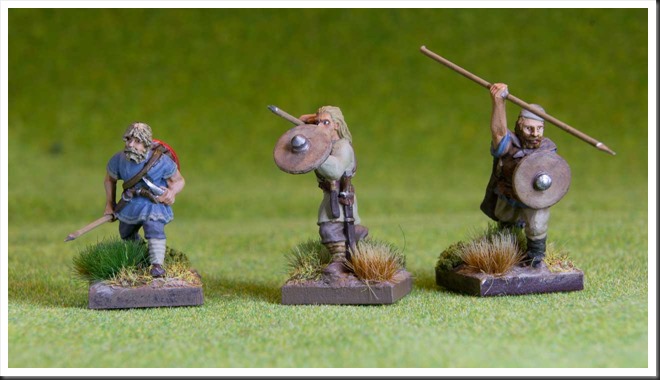 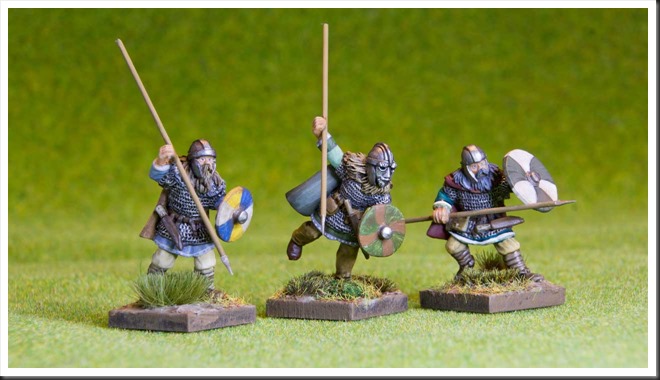 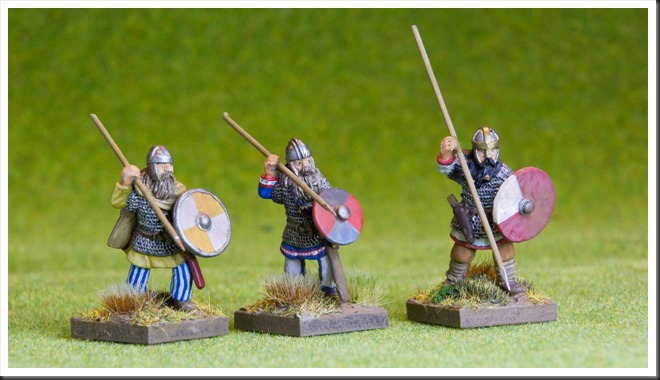 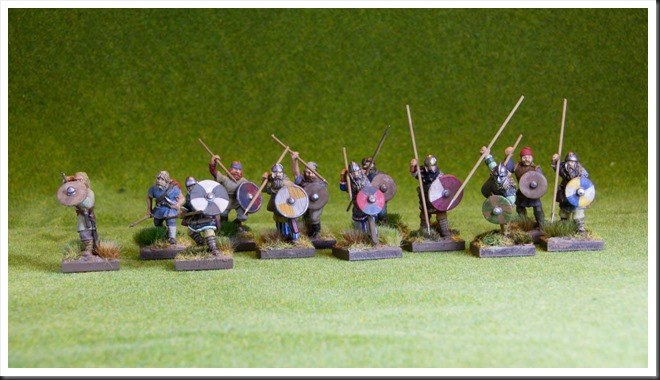