Having another go at Chain of Command

Intro
After almost a year of unvoluntary hiatus, I’m quite happy to post a game report – this time around L. and I managed to find some time and play some Chain of Command. By now, this ruleset has been reviewed, analyzed and quite justifiably been discussed a lot on the net. I will therefore limit myself to saying that Chain of Command is a WWII skirmish ruleset with small teams and sections as tactical elements. If you want more information about this rulset, all you need to do is make a Google search.

The game L. and I run yesterday was based on first generic scenario in the ruleset, called Patrol – two platoons bump into each other and mayhem ensues. 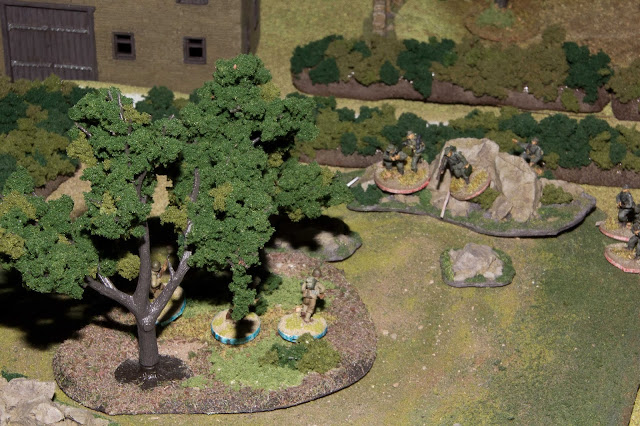 The game started with me trying to get into the house complex to the left. All I managed to get in was a BAR team, which managed to get a drop on one German squad, but failed to inflict any damage. In firefight that followed, my team was wiped out to the last man. Their sacrifice paid however unexpected divident, as L. decided to send the squad that killed my BAR team on a long walk around the houses in an attempt to flank me. As things turned out, he never got the chance to spend resources on that march and the entire squad remained out of position for rest of the game. 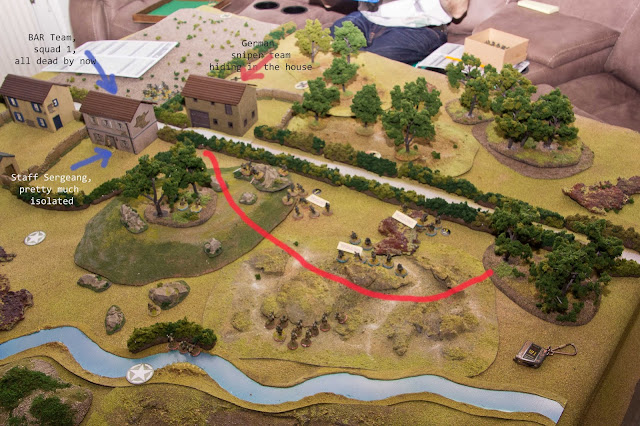 ‘Main event’ took place in the center of the board. L. was favoured by the powers that be on that particular day and managed to retain initiative on three different ocassions early in the game. This allowed him to push his two remaining sqads across the road and pin one of my rifle sections on the height to the left. He had an MG42 in perfect position and their fire slowly picked off my guys, one or two at a time.

In broken terrain section there was another stalemate – one squad on each side took potshots at each other without much effect. Somewhere in the middle of the game, I tired of it and closed the distance with one of my rifle sections. It was a close run thing and both sides suffered heavy casualties, but the assault failed. 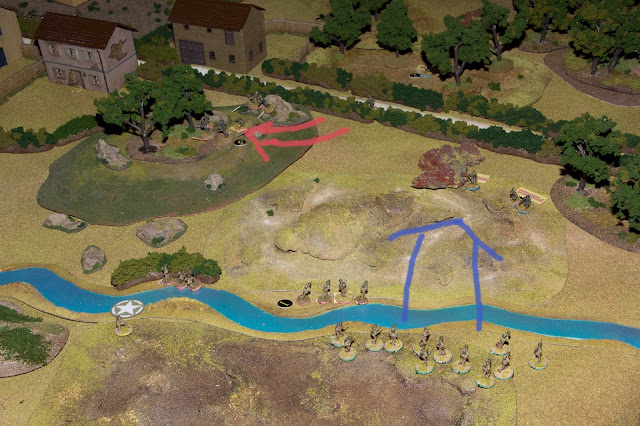 In sheer desperation, I threw in my last squad from a jump-off point at the edge of the table. They were far away from the ‘action’, but in CoC, rifles have unlimited range so the distance didn’t really matter. I pushed them forward slow and steady while keeping a constant barrage of small arms fire – in the end, I had a bit of luck and managed to inflict serious casualties on opposing Germans. 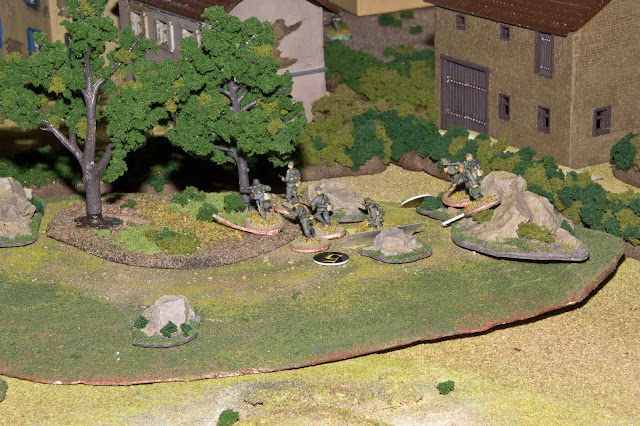 L. retaliated by assaulting my isolated and seriously depleted section on the height in the center of the board. Close combat that ensued was surprisingly bloody, but decisive – once the dust settled, the high ground was in German hands.

At this time, with both sides seriously weakened, the game was in the balance. But we were at it for over four hours and were quite satisfied with what we achieved so far. Therefore, by mutual agreement we decided to call it a day.

Musings after the battle
The ‘special thing’ with Chain of Command is that the game starts at the moment of first contact. The action is therefore fast, furious and most importantly, pretty much immediate. This seems to be a litte of mixed blessing, because just as in our first game (run almost a year ago) our positions became locked pretty much instantly. As a result, the entire affair became rather static dice-trow festival, with both sides hoping to roll high for ‘shock’ (morale hits) and ‘kills’. In yesterday’s game, L. picked off my lads in rapid succession, but failed to give me any ‘shock’ points. I, on the other hand, seemed to have my weapons filled with blanks, but dished out serious amount of ‘shock’ points, forcing L. to pick them off and thus being unable to act more decisively with his leaders (despite three ocassions where he retained initiative and had two consecutive rounds at his disposal). The stalemate was finally broken by my third squad, which finally managed to kill three Germans and for all practical purposes broke L.’s right flank.

This rather static nature of the game (for second time in a row) is a bit troublesome, but perhaps not surprising. After all, both sides are of equal strength (a platoon each, with some minor support elements). Also, I read some comments on the net that this particular scenario tends to develop into a static firefight, while the other five scenarios included in the ruleset are of more fluid nature. Let’s hope that’s the case!

Until next time and let’s also hope that it will be sooner than in ten months time!
Upplagd av Minondas