And in plastic modelling news…

…I’m done with another 1/72 kit. This time around it’s an early Stuka kit from Airfix, actually quite a bit older than I am. Surprisingly though, it was a very pleasant build and the end result is a respectable replica of the infamous Ju-87. 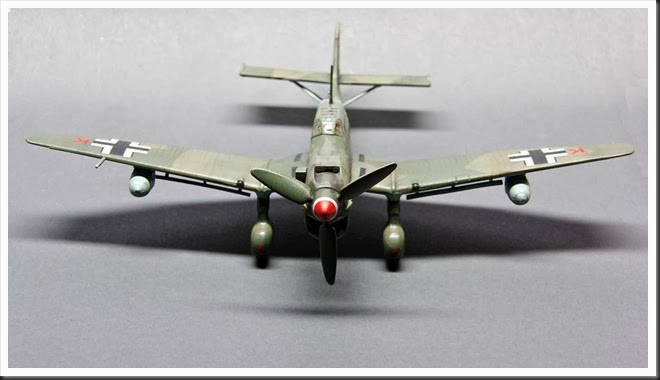 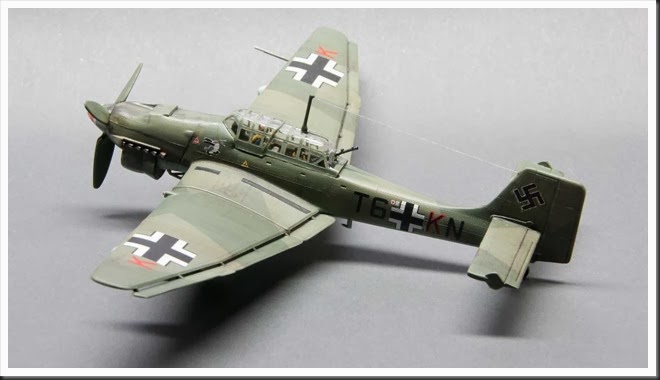 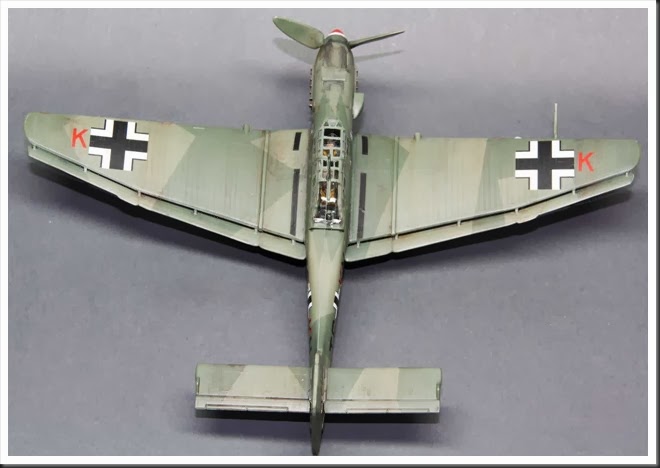 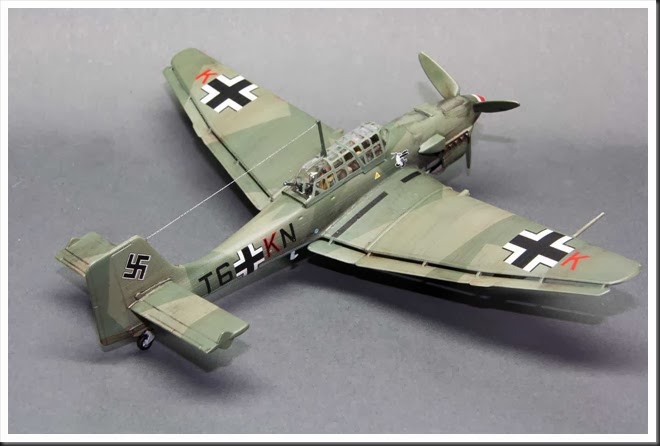 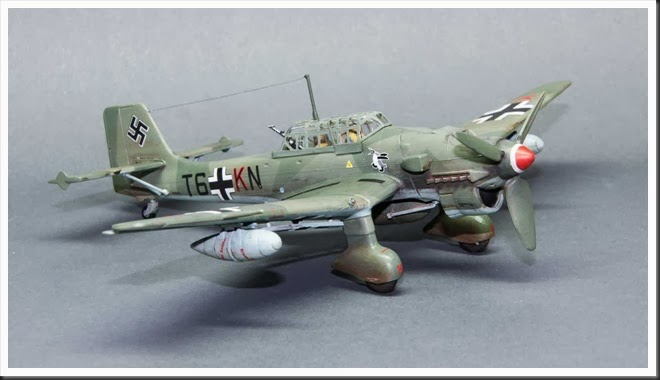 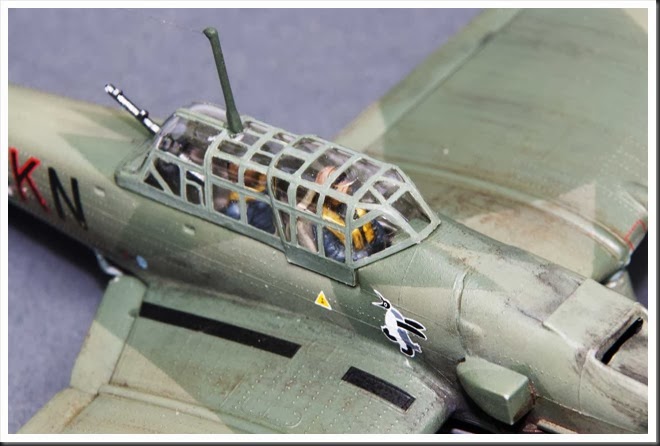 Calm Before the Storm

I don’t know about you, but I find looking at the terrain setup and troops arrayed in their OOBs to be a very soothing and fulfilling experience, especially if we’re talking about a big game and tomorrow’s Southern assault at Shiloh’s Church area is certainly a big game for me. 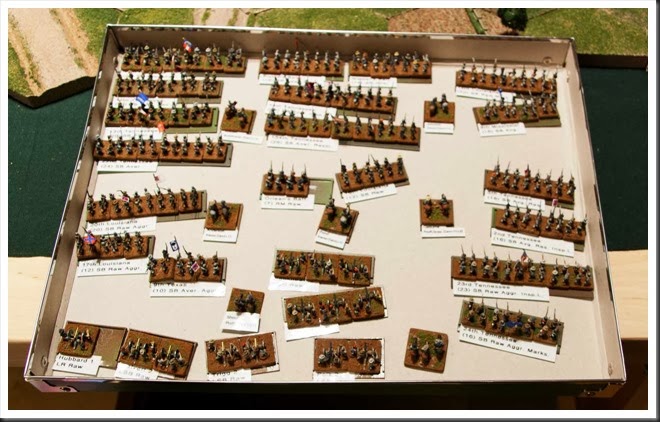 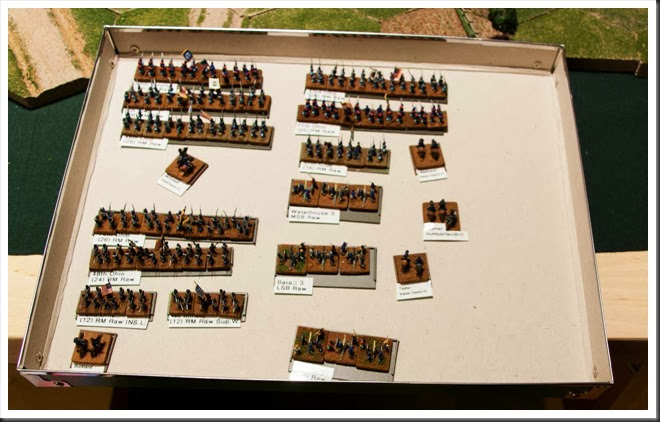 Review of “Closing With The Enemy: How GI:s Fought the War in Europe 1944-45” by Michael D. Doubler 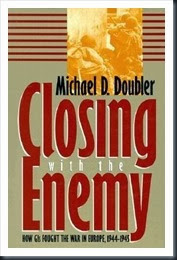 If I understand it correctly, author's purpose with this book is to counter the criticism of the performance of American troops during Western campaign of 1944-45, which apparently has become rather "popular" among military historians over last decade or so. With this goal in mind, Doubler divides his book in two parts. Its main part is dedicated to a systematic analysis of American tactics and performance in different operational and environmental settings. Following topics are dealt with in separate chapters:

Final two chapters are dedicated to a study of the American soldier as a fighting man and the role of the armed forces as an institution and doctrine provider.

Let me start by saying that judged on its content alone, "Closing with the enemy" is a an outstanding book. Using "typical" operations at company and battalion level, Doubler provides a very detailed and objective analysis of employed tactics, their effectiveness and explains why and how they evolved over the course of the campaign. His approach of concentrating on different "types" of combat during the campaign in separate chapters compartmentalizes the analysis into accessible chunks, making it very easy to absorb the information. It must also be said that the author is a talented writer and manages to keep his narrative consistent and fact-filled, but never boring. The "operational" part of this book was a very appreciated learning experience even for a military history buff like me.

So what about the goal set for this book; does the author manage to vindicate the performance of American soldier and the doctrine employed by U.S. armed forces during that fateful campaign of 1944-45? Well... both yes and no. He succeeds in proving that individual U.S. soldier was a courageous, innovative and resourceful fighter, able to adapt to unfamiliar or unexpected circumstances and make the best of resources at his disposal. In other words, Doubler does in my opinion prove that U.S. soldier was in no way inferior to his German counterpart.

In regard of the U.S. doctrine and philosophy... once again, this is only my personal opinion, but I found it rather ironic that this book can be quite successfully used to prove the exact opposite to what the author tries to state. Based on Doubler's own analysis, it is hard not to conclude that the U.S. doctrine was seriously flawed at the outset of the campaign and needed major revisions before it was able to cope with the challenge of German defences. Solely the number of occasions where the author uses the phrase 'the doctrine was proven to be right, but had to be adjusted' in his narrative made it impossible for me not to get the impression that there was something seriously wrong with American preconceptions regarding the tactics and operational doctrine that would give them the victory.

Furthermore, I am somewhat surprised over what the author chooses not to deal with, considering his clearly stated objective. The most obvious issue that Doubler pretty much dodges away from is the issue of American doctrine regarding employment of armour, which in retrospect is universally regarded as fatally flawed. The only indication that there was something wrong with American ideas in this area consists of fleeting observation that the tank destroyers found 'unexpected' employment as close support infantry weapons. The author fails however to extrapolate on the issue - if he did, he would have to admit the fact that the pre-war distinction between tanks as exploitation weapons and tank destroyers as 'proper tools' for combat against enemy armour turned out to be both naive and impractical, thus rendering the tank destroyers into 'ugly ducks' of armoured forces. Other topics - the conscious decision of American policy makers to disregard the need of heavy tanks, the fact that the use of strategic airpower in support of land forces was if anything an act of desperation, recognition of the 'broad offensive'-approach as a politically motivated decision that had very little to do with sound military strategy, impracticality of independent armour battalions, imbalance in structure of armoured divisions and the negative effects of oversized rear echelon part of U.S. infantry divisions - should in my opinion have been given more attention and 'honest' treatment.

Perhaps most importantly, Doubler fails to explain why so many obvious 'adjustments' in U.S. doctrine weren't implemented from the outset of the campaign, but had to be learned through hard-gained experience. U.S. Army was the only one with ample time to prepare and actually draw conclusions based on actual operational experience of previous years. In my opinion it failed to do that. A perfect example of a lesson that should have been learned before the first soldier landed in France is the need of usable means of communications between tank crews and infantry units they were supposed to support. That the need for such 'tools of trade' was not realized during the two years the Army had to prepare before landing in Europe does reflect rather badly on the creators of its doctrine.

From wargamer’s perspective, this book is a little gem. Author’s examples for typical engagements, with relatively detailed OOBs (for U.S. forces at least), maps and detailed narrative provide a lot of material for company and battalion level scenarios. The book should also be of value for ruleset designers who are trying to seriously simulate demands on chain of command as well as cooperation between different branches of armed forces (I am pretty sure that any ruleset truly employing real-life U.S. cooperation between land forces and tactical aircrafts would make the German player ‘cry uncle’  in second round of the game

In the final analysis it can be said that 'Closing with the enemy' is a very valuable addition to the library of anyone seriously interested in history of World War II. The fact that the author only partially achieves the goal he sets out for himself at the start of his book, should in no way detract from it being an extremely informative and enjoyable read.

Believe it or not, but I’m actually finished painting first batch of my US infantry for Vietnam project. Pictures to prove that statement will follow as soon as I’m done basing them.

With one side done, I have “swiftly” moved on to the opposition – the vaunted Victor Charlie. Flashpoint Miniatures sticks to historical facts and has split their offerings for Vietnamese troops into three groups – local force, main force and regular Northern troops. Since my project is in its infancy, it seemed prudent to start with the local guys.

As far as I understand things, local VC consisted of local population of Southern Vietnam, peasants at day, partisans at night. Thus, two things distinguished them from their brothers in arms – their clothing was civilian and their equipment was sub-standard. Flashpoint’s LVC Rifle Platoon blister reflects both of these facts. All figures wear ‘classic’ peasant pyjamas and are either bare-headed or wear some sort of civilian headwear – classical hats or bandanas. They’re equipped mainly with what I assume are bolt action or at best SKS rifles. Few AK-s and PPSH submachine guns are thrown into the mix for the sake of variety. Fire support is provided by a couple of figures with RPG-s and single figure blasting away with an RPD.

The blister has a good variety of sculpts – majority of figures are riflemen in different ‘standard’ poses. Five or six figures are unique and suitable for leaders. I also appreciated a dash of cliché in selection of sculpts – one of the figures is an old man with classical Confucian beard and I believe there are at least two female sculpts in the blister. People’s army indeed.

Quality of sculpts is adequate, I doubt however that they will make anybody outburst with wows and ahhhs. They’re on Battlefront’s level of detail and will perform adequately on the table, but  nowhere near the top standard set by AB and Eureka Miniatures. Facial features is one aspect that Flashpoint Miniatures could definitely improve upon. 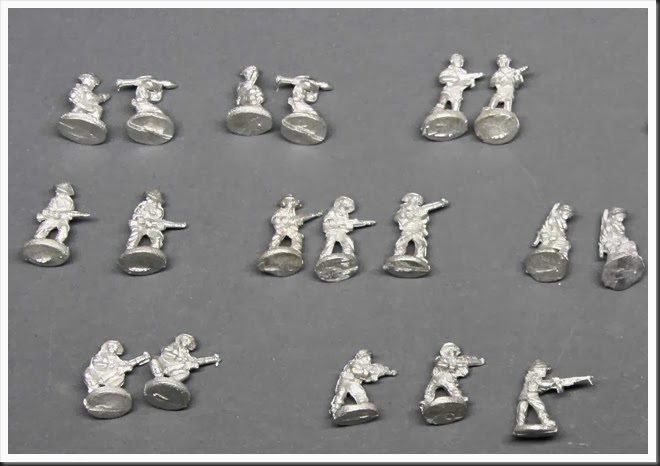 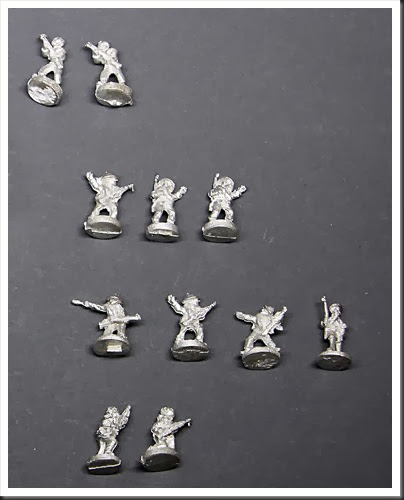